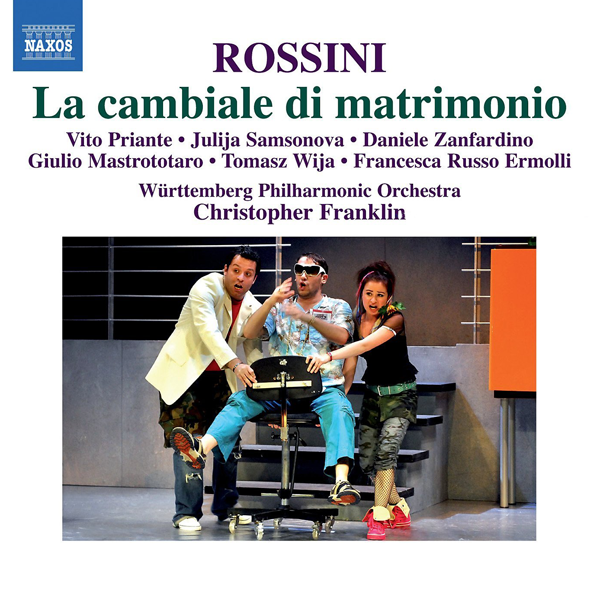 The plot of La cambiale di matrimonio (The Bill of Marriage), which Rossini composed when he was just eighteen years old, revolves around the farcical attempts of Tobia Mill, a rich English merchant, to combine business with pleasure by forcing his daughter, the lovely Fanny (‘merchandise’) to marry Slook, his rich colonial correspondent from America, by means of a bill of exchange. Eventually, it is the gallant Slook himself who persuades Mill to allow Fanny to marry her true love, Edoardo Milfort.

Gramophone:
"This newest taping dates from the same year (2006) as the Pesaro account but is superior in almost every respect. It is sprucely, at times wittily conducted by Christopher Franklin"
- Richard Osborne, September 2011

MusicWeb International:
"Under the lively direction of Christopher Franklin the Württemberg Philharmonic Orchestra acquits itself well, providing vivid support. They use a harpsichord for continuo."
- Robert Hugill, August 2011