Christopher will make his debut in May in Amsterdam’s celebrated Concertgebouw, performing with “Dream Duo” tenor Juan Diego Flórez, soprano Pretty Yende and the Gelders Orkest. 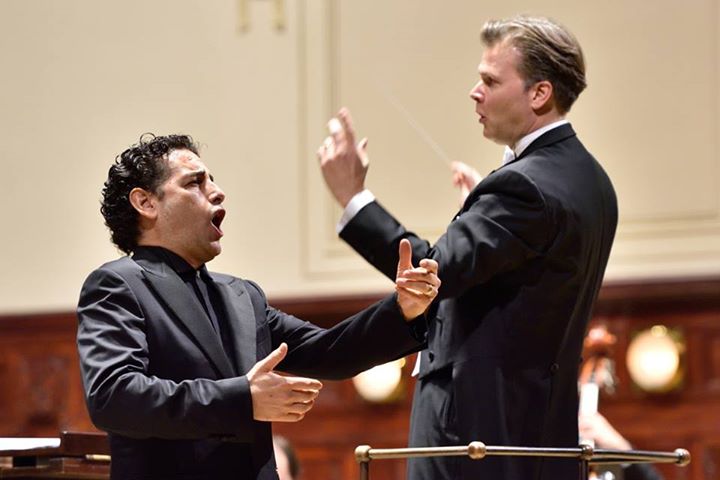 The tenor and conductor have toured throughout Europe and America since 2005, garnering international critical acclaim for their performances.

“…accompanying tenor Juan Diego Florez was Christopher Franklin at the helm of the Deutsche Kammerakademie. He does so with extreme attention to the needs of his soloist, but bringing out the exuberant spirit in his orchestral pieces- especially in the Ouverture to Zampa by Ferdinand Herold- showing him to be a conductor of fiery temperament…”
Théâtre des Champs-Élysées
– Alessandro Mormile, Operaclick, March 2013

“…Florez was accompanied by the Royal Philharmonic Orchestra, conducted by Christopher Franklin. There was an obvious rapport between singer and conductor. Nowhere was this more noticeable than during the encores, when the orchestra gave no opportunity for the singer to break into Lara’s Granada, and a good-humoured Florez feigned surprise when he was finally given the cue for his vocals…
– Kevin Brown, The Independent, 9 October 2007