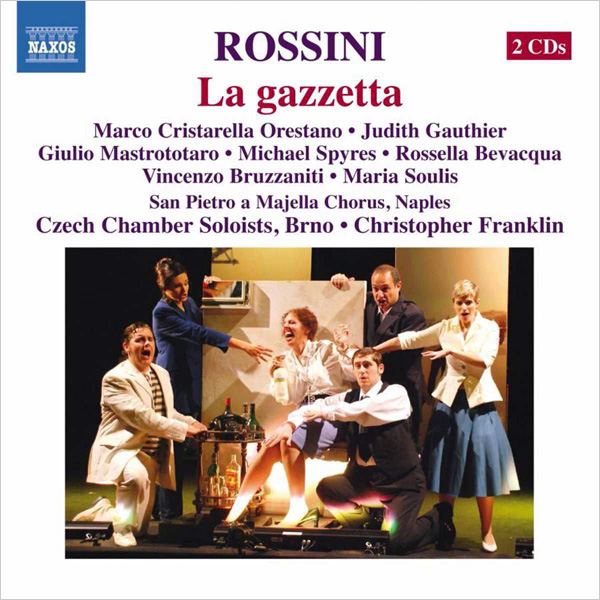 Composed between The Barber of Seville and Cinderella, Rossini’s only Neapolitan comic opera La gazzetta (The Newspaper) was based on a highly popular romantic comedy by Carlo Goldoni, yet has languished until the publication of the new critical edition on which this recording is based. Now revealed as a delicious entertainment satirising the rôle of the media, it involves two young women, their lovers and fathers, who are beset by the arrival of disguised Quakers and a Turkish masquerade all the result of an advertisement!

MusicWeb International:
"The enjoyment of this typically Rossinian froth depends so much on the cast and the conductor being sympathetic to the idiom. This is the case here with Christopher Franklin on the rostrum drawing a vibrant performance from orchestra, chorus and soloists….in this lively performance…proceedings are interrupted frequently by warm applause. If you like Rossini’s music for his comic operas you will enjoy this performance..."
- Robert J. Farr, January 2011